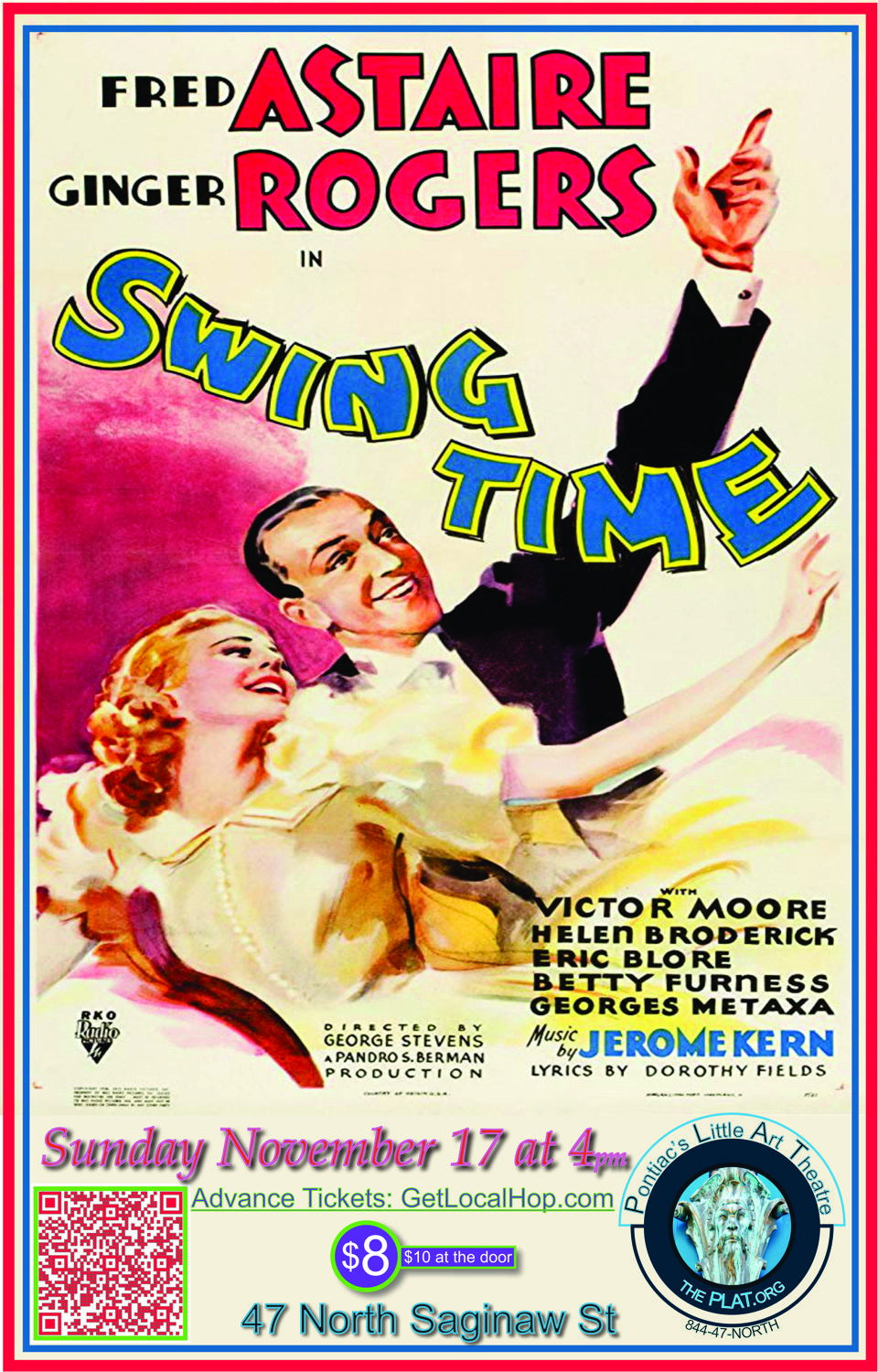 SWING TIME (1936) Fred Astaire and Ginger Rogers On the Silver Screen after 80 YEARS in HD Lucky is tricked into missing his wedding to Margaret by the other members of Pop's magic and dance act, and has to make $25000 to be allowed to marry her. He and Pop go to New York where they run into Penny, a dancing instructor. She and Lucky form a successful dance partnership, but romance is blighted (till the end of the film at least!) by his old attachment to Margaret and hers for Ricardo, the band leader who won't play for them to dance together.