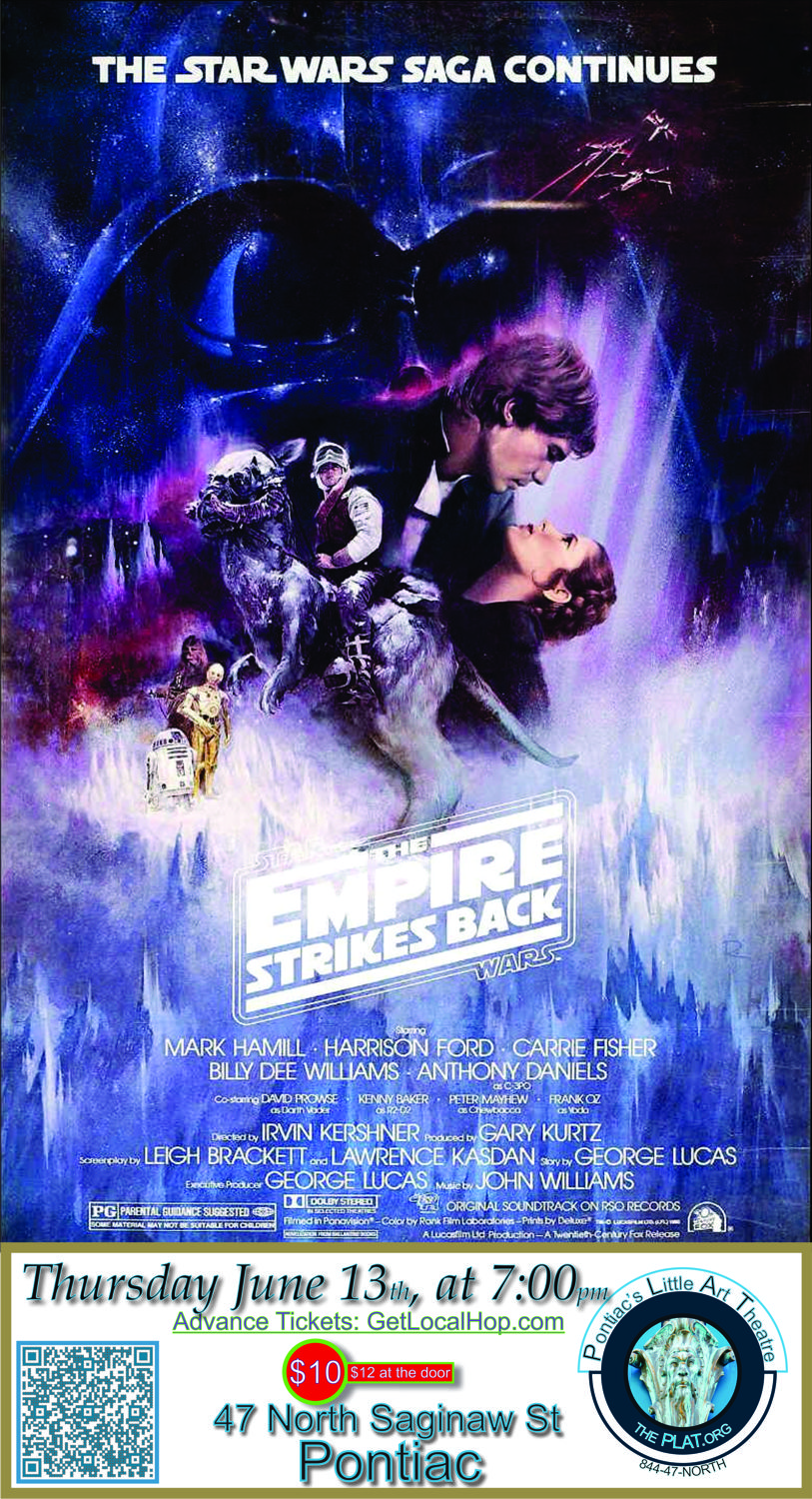 Re-mastered by Lucas Films: Star Wars V: The Empire Strikes Back (1980) Rating: PG Action, Adventure, Fantasy The Second release of the series that changed the Galaxy. Full HD with 7.1 Surround on the BIG SCREEN. After the Rebels are brutally overpowered by the Empire on the ice planet Hoth, Luke Skywalker begins Jedi training with Yoda, while his friends are pursued by Darth Vader.