SMART TOWNS: The Fall of Rome 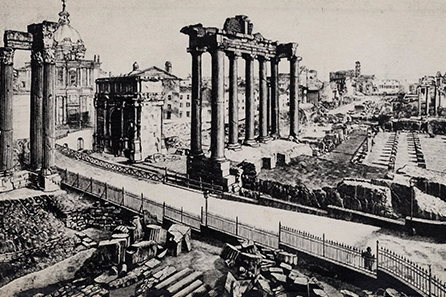 The “fall” of Rome in the fifth century has been regarded as a significant turning point in history, particularly since the eighteenth-century historian Edward Gibbon wrote his six-volume magnum opus on the topic. References to the fall of Rome also appear in modern political discourse as pundits use the decline of the Roman Empire as an allegory for the decline of modern nation-states. This presentation, Dr. James Walters of Rochester University will reconsider the narrative of the fall of Rome by placing it in a broader historical context and discussing how the events described as the “fall” of Rome were not as significant as thought. The fall of Rome is a modern historiographic invention with both political and social motivations.