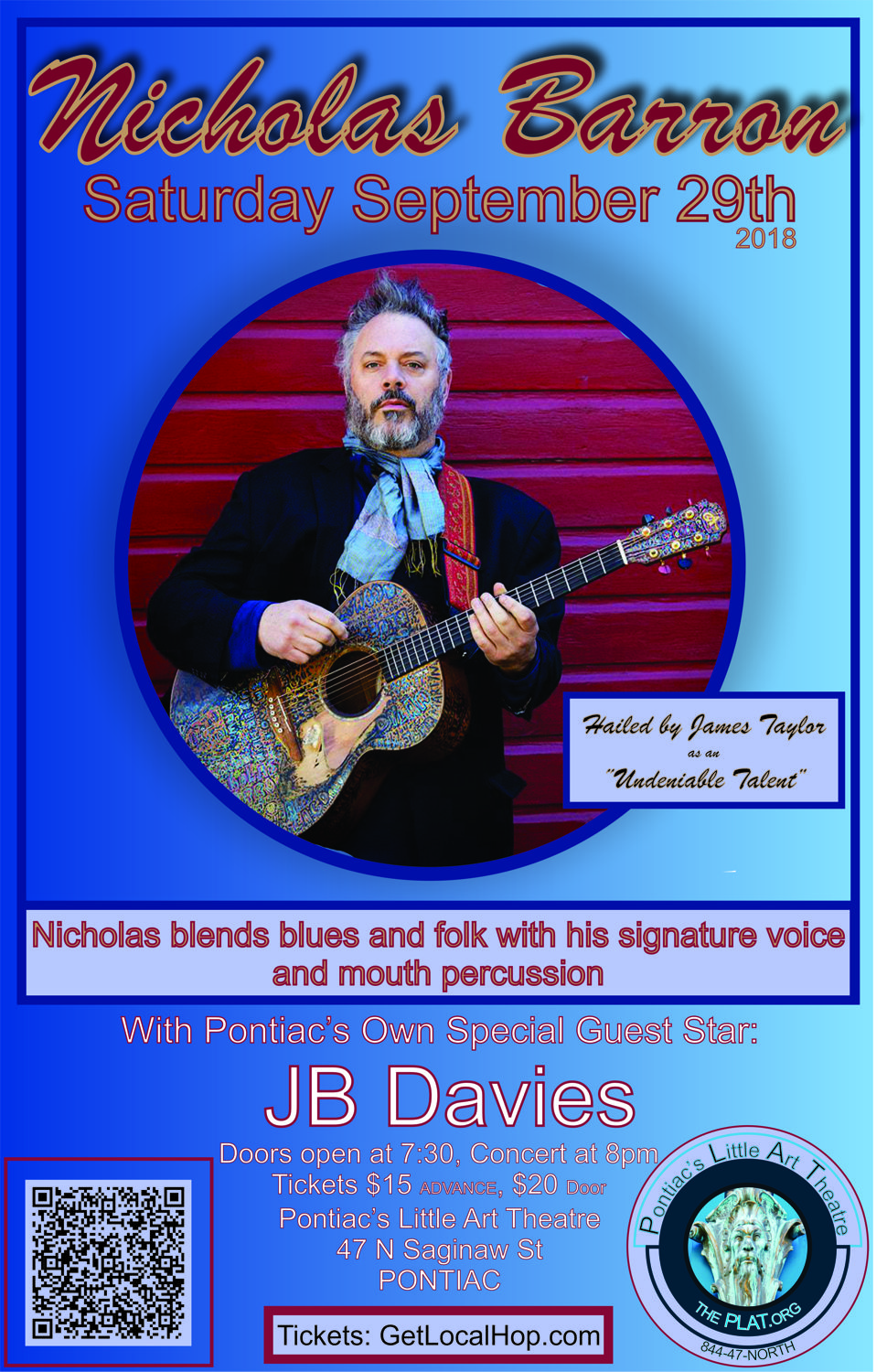 The Infamous NICHOLAS BARRON With special guest JB Davies The PLAT - bringing the best in Oakland County’s entertainment PRESENTS – celebrated Singer, Songwriter, Guitarist - NICHOLAS BARRON. Hailed by James Taylor as an “undeniable” talent - Nicholas blends blues and folk with his signature voice and mouth percussion. He continually expands his musical palette varying his gifts through the blues, jazz, funk. A prolific artist, Nicholas has released ten albums of original music. He currently performs as: a solo artist; with the jazz cellist Ben Davis; the funk trio The Strapping Owls; and The Nicholas Barron Band. Nicholas’ natural talent, raw energy and charisma has earned him the privilege to open for his musical idols Al Green, James Brown, Buddy Guy & BB King, The Meters and Johnny Cash, as well as performing with other major musicians. (check out his web-site https://www.nicholasbarron.com for full bio of works.)
View Website